Our specie, Homo Sapiens, appeared around 300.000 ago. What are the implications for our health today? 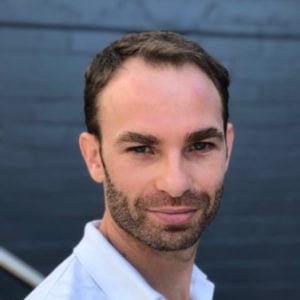 Evolution is a game of reproduction, which is in turn a game of health

Every single human being on the planet today belongs to the animal specie named Homo Sapiens, which diverged from the other Homo species around 300.000 years ago. Our body is, for all intent and purposes, essentially the same as the one of our ancestors of that time. If it wasn’t, you would belong to a different specie. That single fact is well known and yet its implications are not, because if they were, we would all behave very differently. That a new specie of Hominids emerged around 300.000 years ago means this new specie was extraordinarily well adapted to both its environment and to the lifestyle it adopted to make the most of it.

And what is one of the most important parameters that determines humans’ reproductive ability? Health. The healthier humans are, the more they’re able to reproduce. Conclusion? Our Homo Sapiens ancestors were very healthy.

Not convinced? I go in more depth about the mechanics defining this process here.

The interplay between environment, lifestyle and health

Unbundling this umbrella term, we can define lifestyle as being the entire set of stimuli applied to our bodies. There are 3 main areas:

Our early ancestors were very healthy in the context of practicing a lifestyle that gave them a specific set of physical, nutritional and environmental stimuli.

Why were they so healthy?

They didn’t start each day thinking of ways to maximize their own health of course. The reason they were so healthy is that their body (which is ours, let’s not forget that) was shaped and selected through millions of years of evolution to be extraordinarily well adapted at performing the tasks required to stay alive and reproduce, while practicing the hunter-gatherer lifestyle of the human tribes of this time.

The corollary, often missed, is that our bodies require these stimuli to stay healthy. They’re not optional. And that’s due to the very clever design of the human body.

The clever design of the human body

A significant characteristic of the environment 300.000 years ago is that calories were scarce. You had to hunt for them and spend a lot of efforts getting your daily calorific ration. There was also a lot of competition. Sometimes you failed and you had to go days without eating.

The human body developed different ways to cope with this lack of reliability of calories but one is of particular significance here: the body tries to minimize the calories it spends, on every activity. One way it does that is by adjusting the calories spent growing and maintaining our bodies depending on the tasks they have to accomplish.

Bone density is a great example of this phenomenon. Our bodies will spend the energy to grow and maintain strong bones only if our activities actually require strong bones. If not, then the energy is spent on something else or saved (as fat, which is simply energy efficiently stored for later use). That’s why we see a higher trend of osteoporosis in our societies, at younger and younger ages: because we do not stimulate our bones often and strongly enough. An extreme case of “use it or lose it”.

Viewed today, that adaptation of our bodies seems like a dumb one: why not grow strong bones up to a density fixed in our genetic materials, like our size? Because by this variable design, our bodies were able to finely adjust the energy spent on increasing density, spending only exactly as much energy as required by our lifestyle, and saving the rest as fat, which could be the difference between life or death later on.

With our modern lifestyle, this design is betraying us

The problem today is that our lifestyle doe snot require us to move our bodies in ways that require strong bones. So our bodies simply do not grow then maintain sufficient bone density.

Bone density is a clear illustration of why our bodies need those stimuli to stay healthy, but there are numerous other examples and pathways. The point is: there was a very synergistic relationship between the environment 300.000 years ago, the lifestyle of our ancestors and the stimuli they provided their bodies, and our biological mechanisms.

Those three elements were balanced and healthy bodies (and minds) were the results. Our environment today is radically different, which means our lifestyle is as well. But our bodies are the same, because evolution only happens on a very long scale. There is no longer balance between the three and the result are the numerous physical and mental health issues that are becoming more and more widespread in our modern societies

From natural to modern to foresighted

Our big brains allowed us to domesticate nature and conquer the big drivers of mortality throughout modern history: agriculture solved our calorie issue, modern societies solved our violent deaths issue and modern medicine largely solved infantile mortality. They also made it possible, for the first time in our history, to eat as much as we want as well as live and reproduce without doing much of physical activity. And we love it.

Our natural instincts evolved to spur us into eating as many calories as we could and expending as little energy as possible on physical and mental efforts. Very efficient in our natural world of 300.000 years ago but extremely maladapted to our current world of energy abundance and close to zero movement requirements. This mismatch is the main reason behind the rise of many of the negative health trends in our societies.

How to solve this? Should we go back to living as hunter-gatherers? A romantic notion but undesirable for most of us and no longer possible in today’s world in any case. Should we also reject the numerous advances and benefits offered by medicine and technology? Of course not. But continuing without any adjustment isn’t a viable path forward either.

What we need is to adopt a foresighted lifestyle, consciously providing our bodies with the physical, nutritional and environmental stimuli they need to be healthy while also incorporating all the benefits modern life has to offer.

A foresighted lifestyle : taking advantage of progress while accounting for our human nature

Our modern lifestyle: the victory of our natural instincts over our biological needs

Is “natural” always beneficial for our health?