Count Down: How Our Modern World Is Threatening Sperm Counts, Altering Male and Female Reproductive Development, and Imperiling the Future of the Human Race 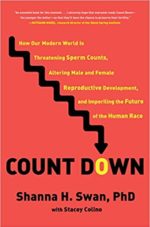 Support and recommend the resources you believe in. Only takes 2 mins & 100% free. 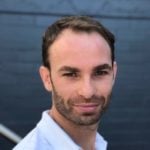 Are you the author or do you represent her/him?

In the tradition of Silent Spring and The Sixth Extinction, an urgent, “disturbing, empowering, and essential” (Kirkus Reviews, starred review) book about the ways in which chemicals in the modern environment are changing—and endangering—human sexuality and fertility on the grandest scale, from renowned epidemiologist Shanna Swan.

In 2017, author Shanna Swan and her team of researchers completed a major study. They found that over the past four decades, sperm levels among men in Western countries have dropped by more than 50 percent. They came to this conclusion after examining 185 studies involving close to 45,000 healthy men. The result sent shockwaves around the globe—but the story didn’t end there. It turns out our sexual development is changing in broader ways, for both men and women and even other species, and that the modern world is on pace to become an infertile one.

How and why could this happen? What is hijacking our fertility and our health? Count Down unpacks these questions, revealing what Swan and other researchers have learned about how both lifestyle and chemical exposures are affecting our fertility, sexual development—potentially including the increase in gender fluidity—and general health as a species. Engagingly explaining the science and repercussions of these worldwide threats and providing simple and practical guidelines for effectively avoiding chemical goods (from water bottles to shaving cream) both as individuals and societies, Count Down is “staggering in its findings” (Erin Brockovich, The Guardian) and “will serve as an awakening” (The New York Times Book Review).

The Case Against Sugar
Gary Taubes
In: Health, Nutrition, Sugar
Tagged sugar
Count Down: How Our Modern World Is Threatening Sperm Counts, Altering Male and Female Reproductive Development, and Imperiling the Future of the Human Race
Clear Clear All

You need to create a free user account to claim a resource page.

Please do so on this page and come back here right after to claim this resource.

You can use this form to claim a page. It will link it to your personal profile and you will be able to customize the text and media displayed on it. We highly encourage it!

Find awesome listings near you!